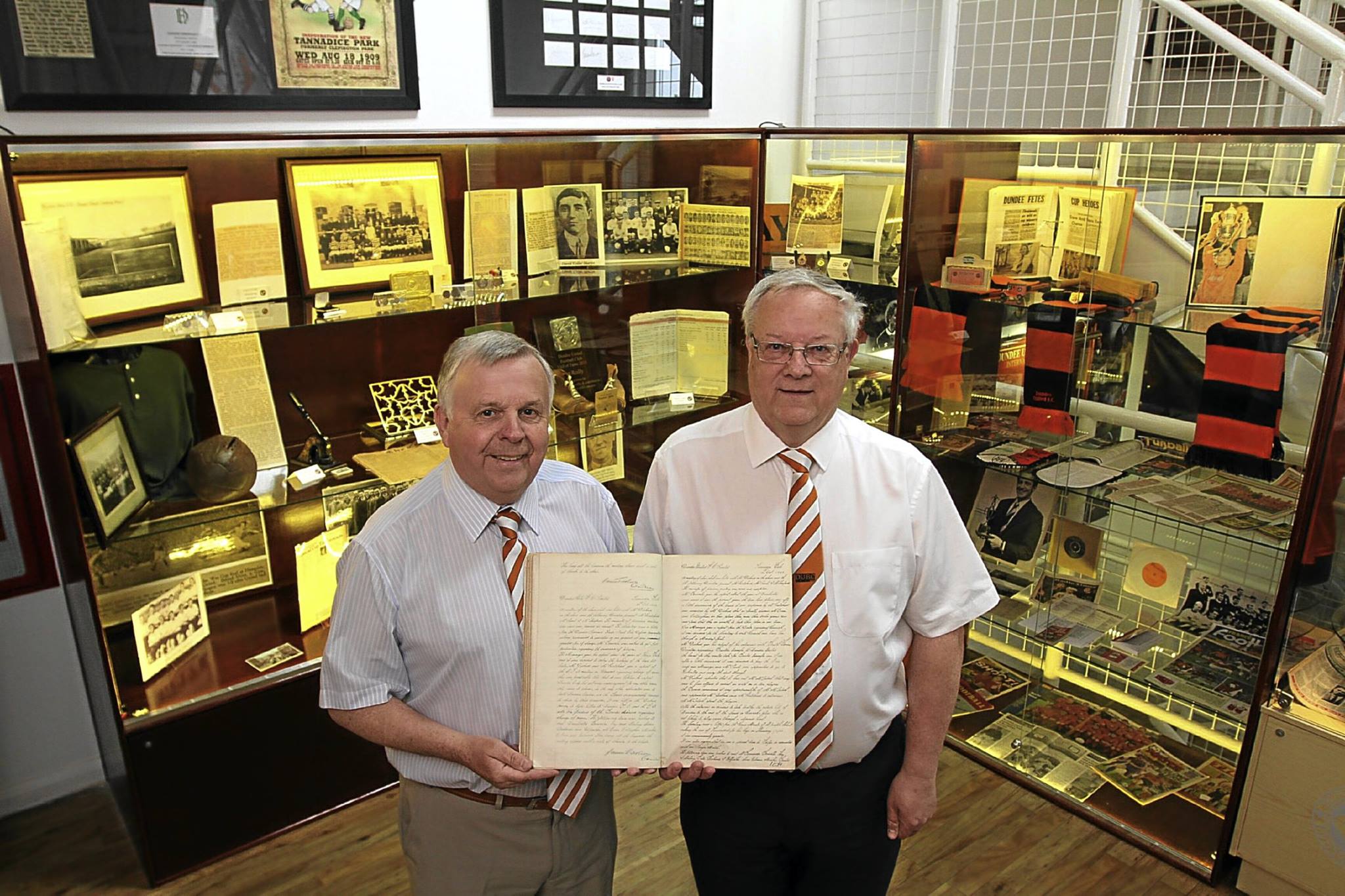 Between 1pm and 4pm tomorrow afternoon, Arabs have the opportunity to visit the 'United in Memories' display located above the main reception at Tannadice.

Many United fans have already visited over the course of the summer and this exhibition, which focuses mainly on the club's early history from 1909 to 1949, will shortly be coming to an end in the next few weeks and will be replaced by an exhibition focusing on Dundee United in European Football to celebrate the 50th anniversary of the club's first match in Europe.

Feel free to pop in if you have spare time to have a look at the display which features many rare items, photos and match programmes, and talk to Tom Cairns and Peter McBride who are responsible for the organisation and maintenance of the exhibition