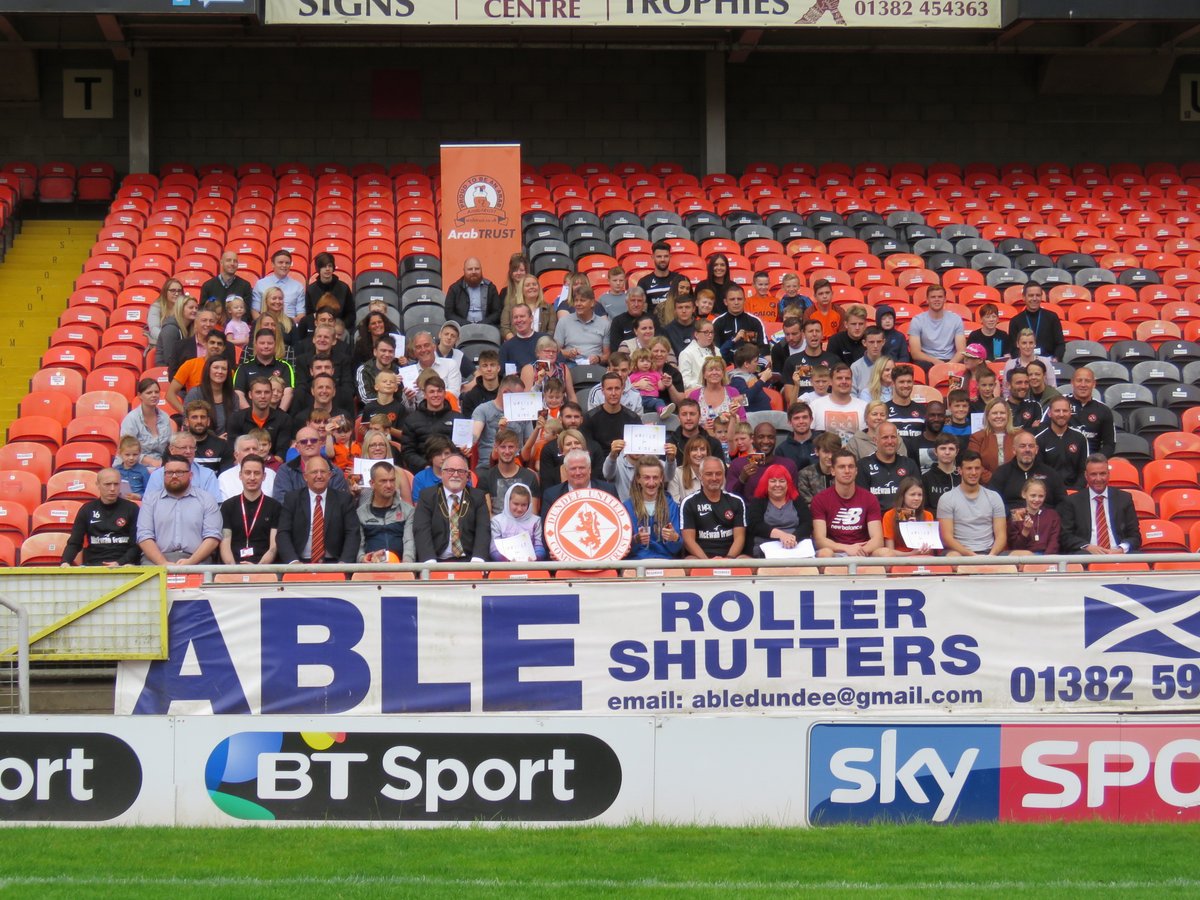 Football will once again be available free to disadvantaged young people across Dundee this season thanks to the generosity of Dundee United FC and its fans.

For over a decade the Club, its supporters, Dundee United Community Trust, and Dundee City Council have joined forces to give away free season tickets for Tannadice.

Younger supporters also have the chance to sign up to Dundee United Business Club’s ‘Young Arabs’ supporters’ club as part of the initiative. In addition, this year ArabTRUST are providing funding for the kids to receive a matchday diary to complete over the course of the season.

To top it all off, the youngsters, family members and guardians attending today’s photo call were met by the entire Dundee United first team squad and management to welcome them to the season ahead. Training was specifically moved from St Andrews to Tannadice to make this possible.

Depute Lord Provost Bill Campbell said: "In Dundee we are committed to getting it right for every child and their family. This means no matter your background or circumstances, children, young people and families should have the same opportunities and chances as anyone.

“We have had excellent feedback from children and parents who attended last year.

“There are huge benefits to the children and families who use these tickets. It creates time for families to bond together, incentivises participation and achievement from our young people and allows some our most deprived children to access the same activities and experiences as their peers.”

The United for Kids appeal was originally suggested by exiled fan Dr Andy Holt living in Canada and launched at the end of June 2005, with the Club pledging to match every penny donated to the appeal by fans. Since then it has grown steadily each season and i now administered by the Club’s official registered charity, Dundee United Community Trust.

David Dorward, Chairman of Dundee United Community Trust said: “This initiative is so worthwhile and we are proud to continue to support it. Creating opportunities for these youngsters is only possible with the continued generosity of the United fans.”

Gavin Muir, Chairman of ArabTRUST: “We are delighted to continue to support the United for Kids programme. The Trust are providing funding for the matchday diaries and we hope that this further enhances the project and gets the kids even more involved in the life of being a Dundee United fan.”

Dundee United Chairman Stephen Thompson said: "When Andy Holt came to the Club twelve years ago with this concept, I do not think anyone could have envisaged it being the success it continues to be.

“Dundee United are proud of our strong community ties and the United for Kids campaign is an integral part of that. Working closely with Dundee City Council, our official charity DUCT and our fans, we continue to allow disadvantaged youngsters the opportunity to come along to Tannadice.”