United for All - New Chairman Appointed 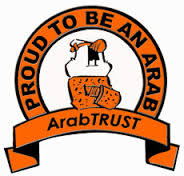 United for All - New Chairman Appointed

The charity has reluctantly accepted the resignation of Chairman David Mulholland. David has sadly decided to stand down as Chair/Trustee because of personal reasons after 7 years excellent service.

"I have thought long and hard over the summer about my position as Chairman of UNITED for ALL and have decided that I will be standing down as both the Chair and a Trustee. I have not taken this decision lightly and have made it due to personal and work related issues. I have been a trustee since the charity was formed and it's now time for a much needed break".

This is undoubtedly a big loss for the charity but we can only respect David's decision and wish him all the best of success in future challenges. We acknowledge David's time, efforts, dedication, unconditional commitment and sincerely thank him for his voluntary contribution throughout the years.

However, we are delighted to announce that David Dorward has now been appointed as our new Chairman.

David is a former Chief Executive, Dundee City Council and also a former original Trustee in 2009. He was recently re-appointed following a nomination by Dundee United FC.

David brings a wealth of experience to the role. He served in local government in various high-profile financial capacities for 43 years, the last five of them in charge of Dundee City Council. David brings a skill set which will help to strengthen and improve the charity. A keen Arab, he is also a member of ArabTRUST