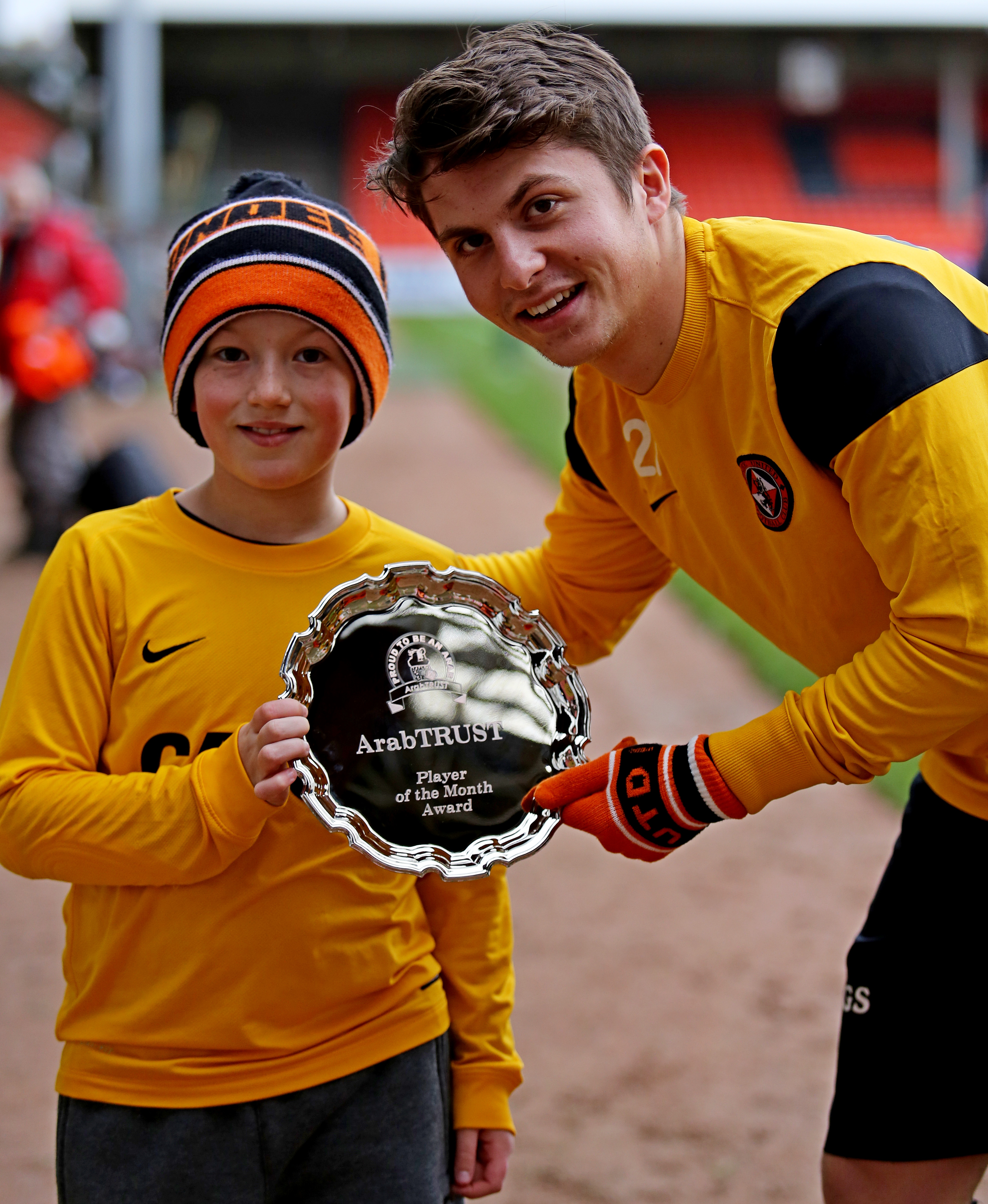 Charlie Telfer was presented with the ArabTRUST Player of the Month award for January before the match with Partick Thistle on Saturday.

Charlie won the award for the first time after receiving 28% of the vote.

Stuart Armstrong and Jarek Fojut came second and third respectively with 22% and 14% of the vote.

The award was presented by ArabTRUST Member Michael Johnstone.