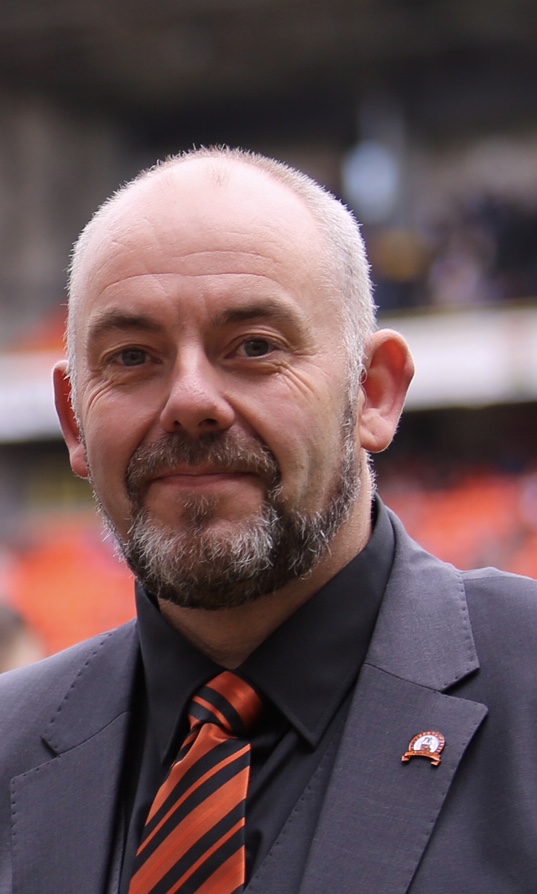 In the first of what will be a series of notes on what I get up to, here's my first attempt at an Associate Director's blog !!

Well as I'm on holiday in Tenerife, And after a bit of a struggle I finally managed to get BT Sport going on my laptop. The game was obviously a bit of a let down to put it mildly. The players gave their all but it just wasn't to be. Much as it pains me to admit Dundee do have some decent players in their squad.

On Saturday past I headed off up to Inverness for the first league game of the season. It was my turn to drive! I was accompanied on the journey by my son, one of my fellow Utd supporting pals and his son. Apart from the heavy showers on the way, we had a decent run up the A9 stopping at House of Bruar for munchies en route!

On arrival at the Caledonian Stadium it was great to see such a fantastic number of other Arabs had made the long trip too, it must be said all the travelling supporters gave the team great backing from start to finish. We were seated directly behind the goal in what turned out to be the wrong row!! Brain fade on my sons part, can't blame him though. I should have checked. We were right in the thick of it, the atmosphere was great.

It was great to get the league campaign up and running with a win. My own view was, on another day we could have maybe won by a larger margin. Away to Inverness was always going to be a challenge though and if I'm honest I'd have taken any win before the game. All in all though, a great day was had by all.

With one thing and another, other than the usual text messages and phone calls I haven't been able to have my usual face to face catch-up with the chairman this month but will catch up with him on my return from holiday later next week.

The chairman has been working hard to support the manager throughout the close season and personally from what I've seen so far I think the squad is shaping up nicely, so far so good in terms of business done and what we’ve seen on the park (I’m trying to blank last night). This has been helped by the encouraging season ticket sales to date. This directly affects the budget available to Raymond.

I have had productive meetings with Joe Rice and David Southern through the summer in an effort to put together some exciting offers/benefits for members, more to follow on this a bit later.

It came as no surprise to me to find out ArabTrust POTM for July was won by Paul McMullen. Paul works really hard and it's easy to see why Raymond was keen to sign him. There's much more to come from Paul I think. I went along to a closed doors game at St Andrews against Peterhead. Because it was a closed doors game, we were able to hear every single word every player said. It was clear to me that Paul McMullan is going to be very influential and an important member of the team on and off the Park in our journey back to the top league. I missed the meet the players day due to being away on holiday, but in my absence, our Chairman Gavin Muir presented Paul with his award.

Anyway thats my first blog in the bag I’m sure I’ll get better at it as we go but if you have any thoughts or just want to have a natter you can contact me at associatedirector@arabtrust.co.uk