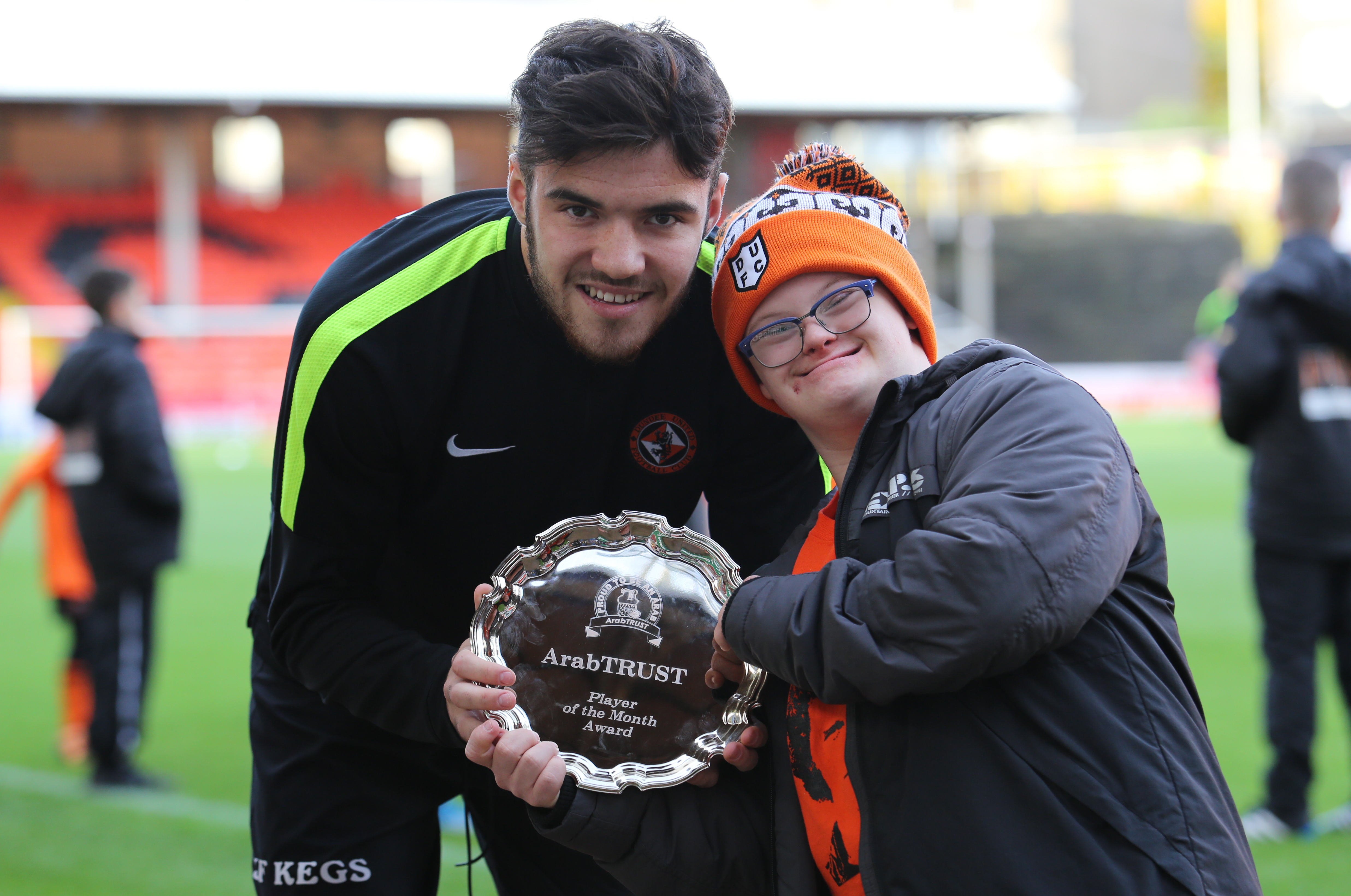 Dundee United supporters have voted Scott Fraser the ArabTRUST Player of the Month for September.

The creative midfielder, who started out in the Dundee United J League, won the Player of the Month award with a 36% of the vote.

Bill Mckay came second in the poll with 26%.