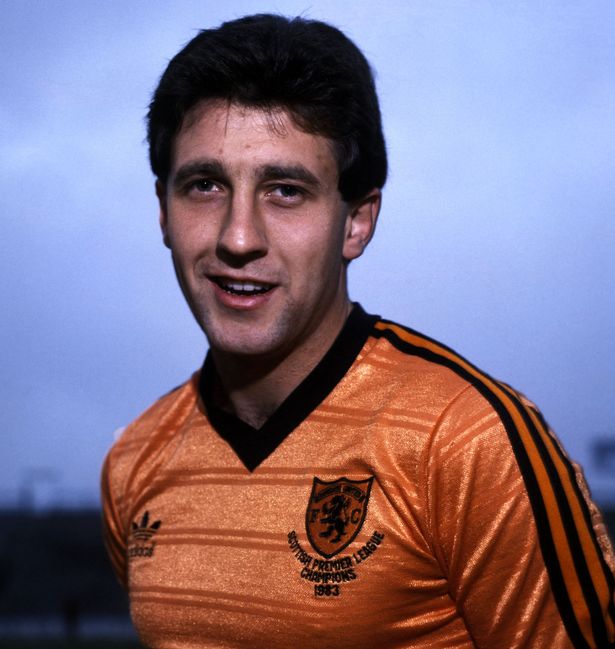 ArabTRUST would like to offer sincere condolences to the family and friends of Dundee United legend Ralph Milne who has sadly passed away.

Ralph was an S signing from Celtic Boys Club and made his début for the Dundee United First Team on 28 July 1979 in a 3-0 win over Dunfermline Athletic at Tannnadice. His début would see him score the third goal in a convincing win for United.

Over the next seven and a half years with Dundee United, Ralph would make 286 appearances and score 75 goals. He cemented himself as a key player for the club and in the League Championship winning season of 1982/83, Ralph scored 21 goals. All important goals, but no one more important than the audacious chip over the head of Colin Kelly that would give United the lead as they went on to win the League Championship at the home of their rivals.

Ralph would also prove to be a key player for United on the European stage. Goals against teams such as Borussia Mönchengladbach, Werder Bremen, RC Lens and Monaco would lead to Ralph becoming Dundee United's all-time leading scorer in European competition. A record he still holds.

He left the club in January 1987 and went on to play for Charlton Athletic, Bristol City, Manchester United and West Ham United respectively.

A hugely popular figure amongst Dundee United fans, Ralph was always willing to give his time to sign autographs, pose for photographs and reminisce with fans. He was was also always happy to assist ArabTRUST with fundraising. Ralph's status as a Dundee United legend was recognised when he was inducted into the Dundee United Hall of Fame in 2009.

ArabTRUST Board Member Steve Gracie said of Ralph: "Following the sad news of the passing of a great player, much will be written about Ralph Milne in the coming days. I consider myself fortunate to be old enough to have seen Ralph play for Dundee United. He was without doubt a real talent and in the modern way of describing such players he would be regarded as unplayable. Opposition defenders were tormented by him and Ralph was one of the most gifted players I have ever had the pleasure to watch. He was one of a kind and deserves the legend status he achieved."

He went on to say: "It’s not often we get to know our heroes on a personal level but over the last ten years or so I was lucky enough to do just that. He will be missed."

ArabTRUST would once again like to offer sincere condolences to the family and friends of Ralph Milne and take the opportunity to thank a Dundee United legend for all the special memories.