Player Of The Month Presentation 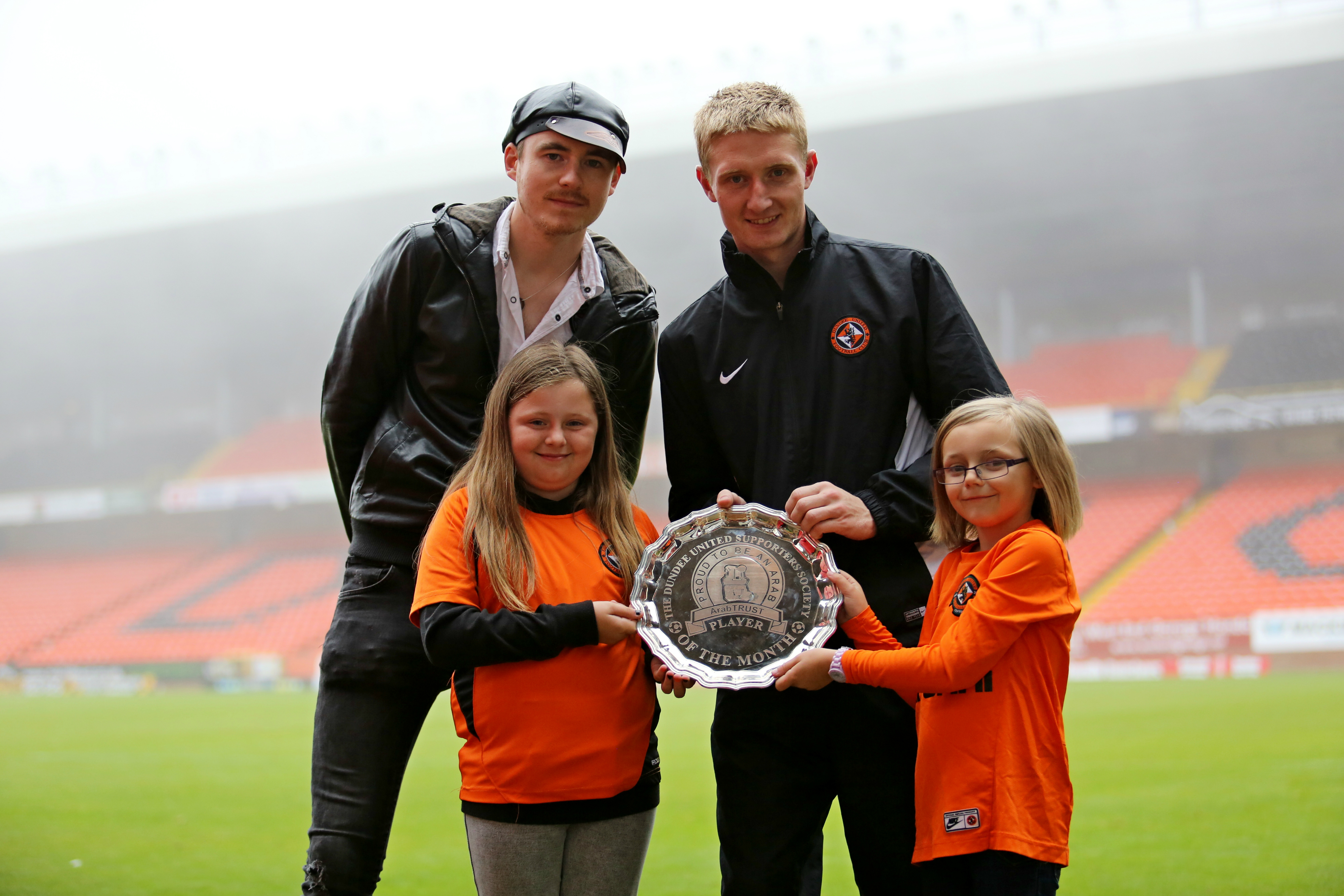 Chris Erskine was presented with the ArabTRUST Player of the Month award for August 2014 after the match against Hamilton Academical on Saturday.

Chris was voted Player of the Month after his fine performances saw him become the Club's top scorer. He received 53% of the vote.

The award was presented by ArabTRUST member Wayne Paul and his nieces Anais and McKenzie Robbie. Both are season ticket holders and members of ArabTRUST.

Wayne was a member of the ArabTRUST Board until the end of last season and ArabTRUST would like to thank Wayne for all his efforts in helping the Trust work towards it's aims and objectives. Especially in relation to his excellent designs for the hugely popular Nadir Çiftçi and Ryan Gauld T-Shirts.