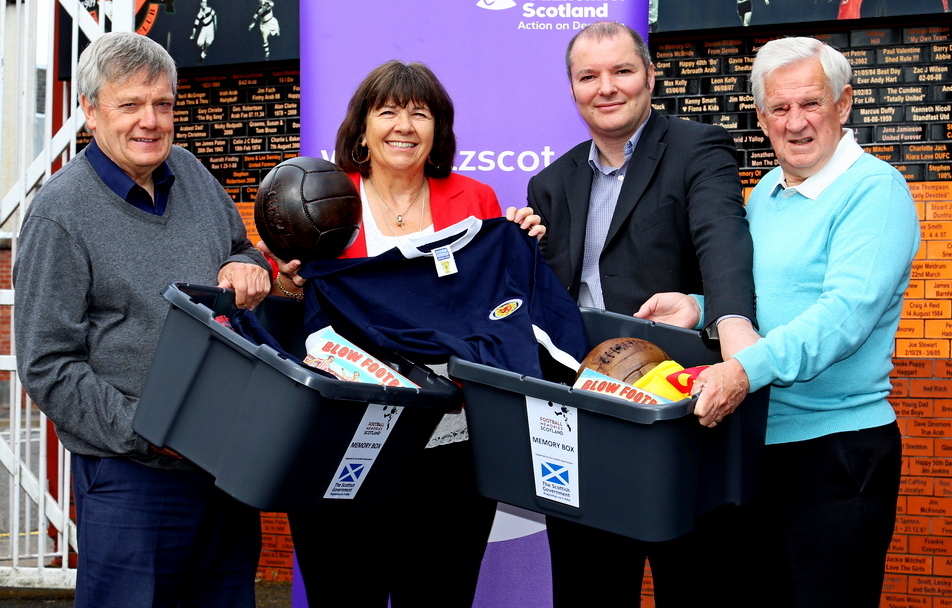 These could be items fans would like to see added or indeed memorabilia supporters have at home and are willing to donate or loan.

Designed to stir the powers of recall, the United football memory box already includes standard items such as an old football, an old pair of football boots, a replica vintage Scotland football shirt, a lion rampant flag, a tartan tammy, an old football rattle, carbolic soap and a jar of Bovril.

Jamie Kirk, Head of Operations at Dundee United Community Trust said: “The Memory Box is already a major talking point in our Football Memories group and is of interest to all fans. I am looking forward to seeing the suggestions that come forward.”

Susan Batten, ArabTRUST Chair said, “Football Memories makes a great contribution to our community work and we would like to see the wider fan base involved in shaping the contents of the Frank Kopel Box. We are also looking to find a suitable place to display the box when it is in use as it is a tremendous resource.”

George Laidlaw, Football Memories Team volunteer, said, “We invite fans to make their suggestions for inclusion via social media and email to michael.malone@dundeeunitedct.co.uk. Suffice to add, we would also be extremely delighted to receive any donations of memorabilia for use within our groups.”

The Football Memories Project is a partnership between Alzheimer Scotland and the Scottish Football Museum. The project was originated and launched three years ago and trains volunteers to spend time with people with dementia who have an interest in football to talk about teams and matches from the past whilst working with images and tangible memorabilia to stimulate memories.

These meetings are designed to share football memories around Dundee United, Dundee, Scottish football and international matches. They also feature other sporting memories, world events and movie memories together with a complimentary refreshment on arrival and sometimes a Bovril or half-time pie! The meetings are there to be enjoyed by anyone living with dementia or experiencing difficulties with their memory, including their families and friends. All are welcome; people who cannot attend independently should come with a companion who can provide support and transport.