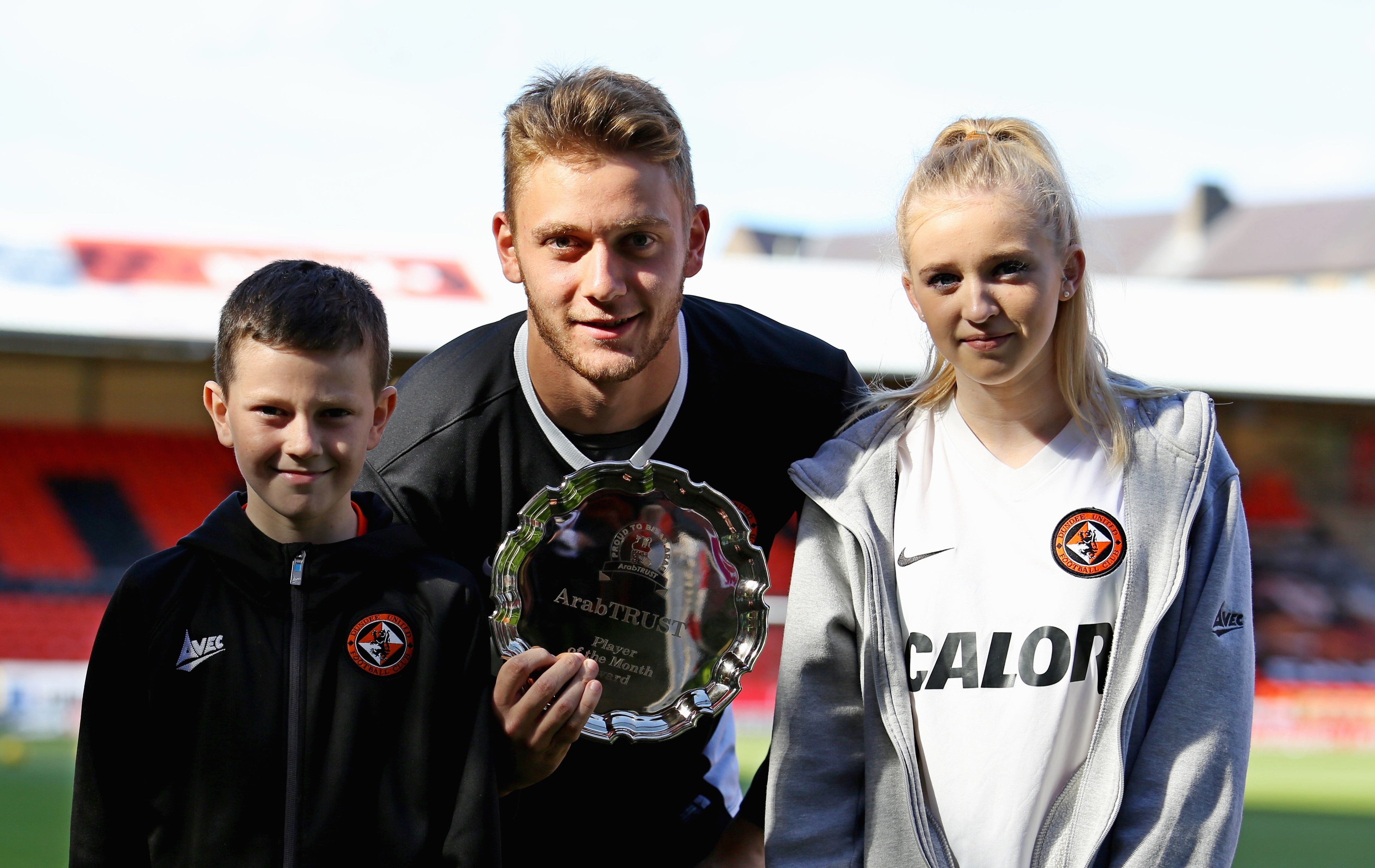 Dundee United supporters have voted Luis Zwick the ArabTRUST Player of the Month for August.

The German Goalkeeper won the first Player of the Month award of the new season with a convincing 61% of the vote.

Blair Spittal came second in the poll with 15%.

The award was presented prior to the match with Inverness Caledonian Thistle by ArabTRUST Under 18 members Megan and Jamie McCorkindale.