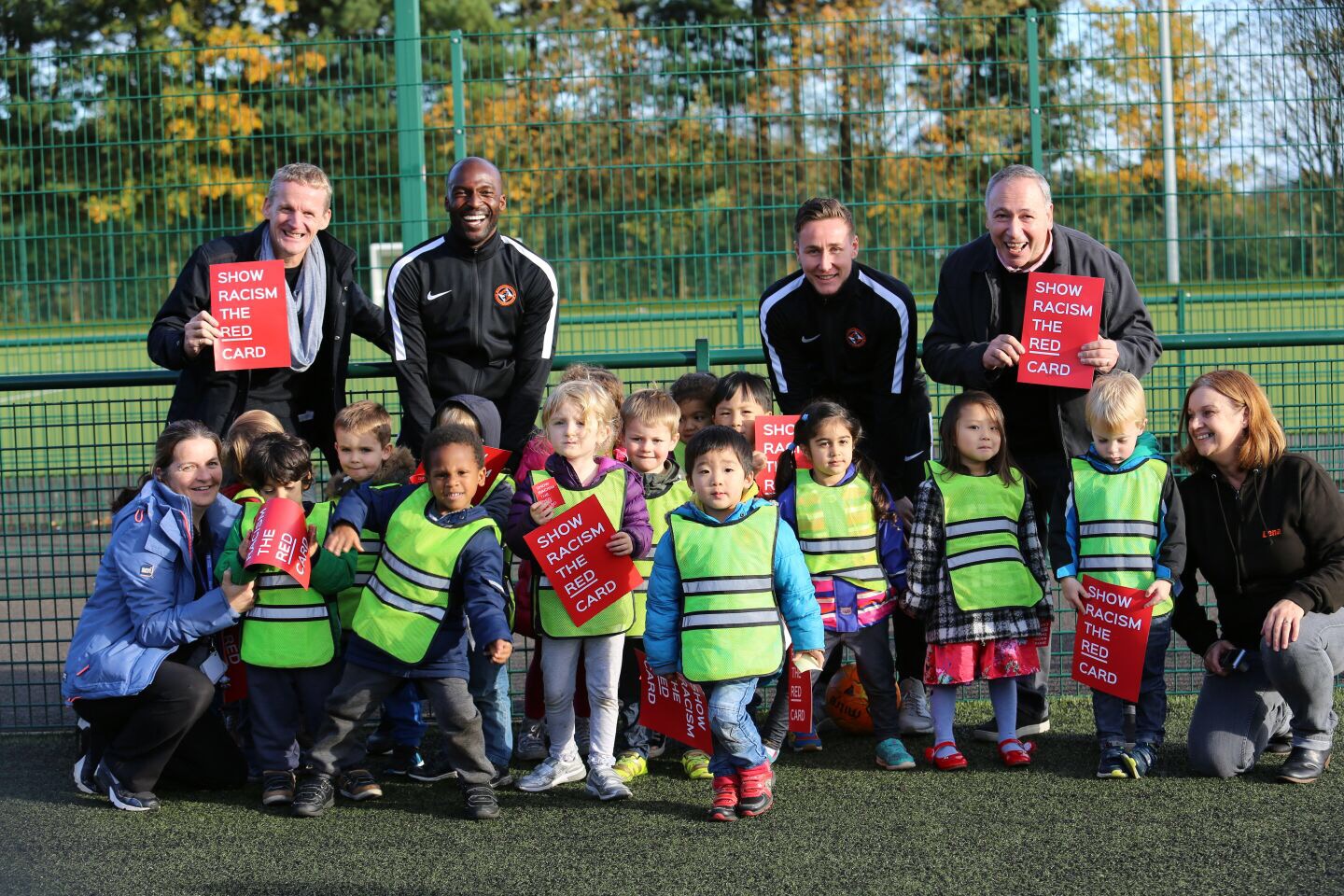 Well as a supporter we have certainly seen the good and the bad side of the team over recent weeks with a real positive performance at East End Park, followed up by some encouraging signs from some of our younger players in the Linfield game which were then followed by 2 very poor performances against Livingston and Inverness. While it is never nice to see anybody losing their job Football is all about results on the park and particularly away from home we have not achieved the standards we would have hoped for. The time is therefore probably right for a change but I do wish Ray all the best for the future. There seems to have been quite a bit of interest in the job and I hope the club take a little time to assess the candidates before making what is a crucial appointment. Saturday’s performance against Dumbarton was again more encouraging and it was good to see that a young player like Matty Smith made a positive impact on the game.

In terms of ArabTRUST we have been quite busy over the last few weeks and are currently preparing for the end of our financial year at the end of the month so that we can pass everything over to our accountants. Once that is complete we will then turn our attention to arranging our AGM which will probably be held towards the end of February or beginning of March. Further details of this and topics that will be discussed on the night will be made available in due course.

It was disappointing that Dundee United Youth Development Board (DUYBD) Evening with Luggy had to be postponed as it was shaping up to be a great night with nearly 100 tickets sold. We are working to try and identify an alternative date and will hopefully be able to announce this in the near future. You may also have seen the recent announcement of the Youth Board’s sponsorship of the Academy teams which has given all the age groups new strips.

This really shows the benefits of ArabTRUST, DUDA and the Business Club coming together to will hopefully help build for the future of the club. If you would like to be a part of this great initiative you can find out more about how to make a donation to the Youth Board by visiting our Facebook page @DUYouthDevBoard. Funds are held in a separate ring-fenced bank account and spent in agreement between the club’s youth academy and the Youth Board. Let’s be UNITED TODAY!! FOR UNITED’S TOMORROW.

The DUYDB has shown how ArabTRUST can work successfully with other groups in and around the club to make a positive impact in an area that is vital to the long-term success of the club. We are always open to working with other groups where there are areas of mutual interest or benefit.

On the community side of things our sister charity Dundee United Community Trust continues to go from strength to strength and as vice-Chair I am really proud of the work that is being done in around local schools, in areas such as walking sports and the establishment of the Amputee Football team. You can find out more about what they are up to by following them on Twitter and Facebook.

Looking forward to the St Mirren game ArabTRUST are supporting the prostate cancer awareness day and are providing the tee shirts the players will be wearing during the warm up. It is the intention to get the players to sign these and then sell them off to raise further funds for prostate cancer charities.

Also on the community side of things ArabTRUST will now also be partnering the club on a wide range on Inclusion and Diversity related activities over the coming weeks and months, this will build on our commitment to things like Show Racism the Red Card and supporting Black History Month, both Patrick N’Koyi and Jordie Briels joined staff and students from the University of Dundee at a football match at Riverside on Thursday 26th October to give racism the boot.

The match, sponsored by Show Racism the Red Card, is one of the Black History Month events organised by Dundee University Students’ Association (DUSA).The teams were also joined by the University’s Nursery children, broadcaster Jim Spence and Colin Clement and Mike Barile from ArabTRUST who all came along to offer their support.

Caroline Goodliffe, Vice President of Student Welfare at DUSA, said, “We are delighted to bring together the wider Dundee community to celebrate the diversity which is integral to both the city and our campus". Sean O’Connor, DUSA President said, “We’ve joined forces this year with Show Racism the Red Card, first team players from our local football team Dundee United, the Sports Union and the rest of the University to show how together we can tackle racism head on. Showing how together we are stronger is integral to us".

Patrick N’Koyi who, together with Jordie Briels, took on the role of managing one of the teams said: "Football is a powerful vehicle for social change and as a Club we are delighted to support the message of Show Racism the Red Card together with the University of Dundee today and personally I want us to get to the point where race is simple no longer an issue".

After the successfully Foodbank collection earlier this year we are again working with the local Foodbanks Taught by Muhammed and Dundee Foodbank, DUCT and the club to arrange a collection on the day of the Livingston game on the 23rd December. Details of how you can donate to this will follow nearer the time.

It has also been great to see the popularity of both our red and white Poppy badges with over 500 sold so far. Donations will be made to both Poppy Scotland and The Peace Research & Education Trust in mid November.

Finally, I know it is still a few weeks away but tickets for our popular Christmas Raffle will soon be on sale. We again have some great prizes on offer and all funds raised will be split equally between the Dundee United Community Trust and the Youth Development Board. Further details will be posted on our Social Media and our website.