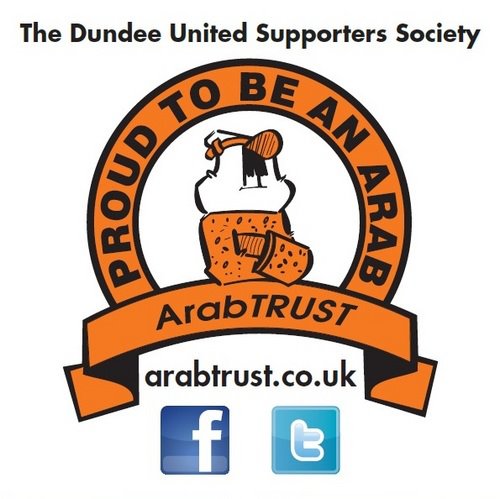 DUNDEE UNITED YOUTH DEVELOPMENT BOARD
May 2, 2017

As part of the ongoing development of supporters’ engagement, regular meetings have been held since late last year between established fans’ groups to form a board that would work in partnership with the Academy staff to coordinate financial donations from supporters exclusively to the Youth Development Programme.

A Memorandum of Understanding and Governance document has been agreed between DUFC and the Youth Development Board as both parties look to consolidate and build on the very impressive track record of supporters’ donations towards Youth Development to date.

The Board will meet regularly with Academy staff to source, monitor and evaluate targeted support. Already £22,000 has been pledged as an initial contribution by DUYDB. This money will be used to augment resources at the GA Arena, fund trips to national youth tournaments and provides support for the Under 20 squad participating in an international tournament in Thailand this month.

The Board will work closely with the Club in providing support relating to future changes in youth provision at the national level.

There are established fundraising methods already in place from each of the representatives (i.e. membership fees, merchandise and fundraising events, Lottery and match day 50/50 draw), however, United supporters will be given the opportunity to make monthly or one-off financial donations to the new DUYDB bank account to allow them to contribute directly to targeted support for Youth Development.

Brian Grant, Dundee United’s Senior Academy Manager said, “I am delighted with today’s announcement. The link-up will improve our ability to attract and produce the best talent in our Youth Academy by securing greater funding and support to enhance all areas of the Academy set-up.”

Brian Hutcheson, DUBC Chairman, said, “The Business Club have a proud history of funding the Youth Development at Dundee United, and it is something which remains integral to our aims. Being part of this board opens up greater possibilities and input into the youth academy for our members and all United fans.”

Eric Baillie, Secretary of DUDA, said, “Successful Youth Development has been an important part of Dundee United’s past, and supporters have always shown particular satisfaction in seeing home-grown talent flourish on Tannadice Park. In the modern football landscape in Scotland, the continuation of successful Youth Development is likely to be crucial to United’s prospects. That is why DUDA were delighted to get involved in the set-up of this Board. A lot of planning has gone into this, and it was the natural step for us.”

Gavin Muir, Chairman of ArabTRUST, said, “Supporting Youth Development is one of ArabTRUST’s core objectives, and we are therefore delighted to be working with other groups to support the Club’s Youth Academy in this way. This Board will give fans real transparency around how the money they raise is being spent and help build the foundations for a positive future for the Club.”

A Youth Development open evening will be held at 7pm on Thursday 18th May in the Hegarty Suite which supporters are welcome to attend to show support for and find out more about this new and exciting initiative.

Academy staff will be in attendance, and there will be a presentation on the Club’s Youth Programme and the Youth Board’s future vision. It will be followed by a Q&A with the Academy staff.