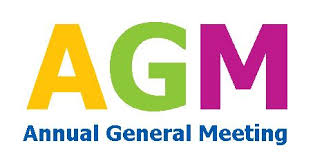 The 2019 Annual General Meeting opened with Chairman, Mark Ogren announcing a new four-year kit supply agreement with Italian sportswear manufacturer Macron. He added that all retail, catering and hospitality services would be brought back in-house. The Chairman also highlighted the following key points;

• significant investment for the Youth Academy

• GA Arena will be brought back into Club ownership soon

Mr. Ogren explained that promotion is the short-term goal, followed by a medium-term aim of top six places with regular European football a long-term goal.

Derek Bond, Finance consultant advised shareholders that all outstanding loans totalling £2.8M had been discharged and confirmed that Tannadice is no longer used as security against a loan. In the future, the Ogren family via interest free, unsecured loans will provide funding. Although there was a £2M operating loss last year, this was offset by the Club receiving a financial boost from Armstrong/Robertson transfer add-ons. The projected loss for the current financial year is £2.5M. The financial budget for next season will be prepared on basis of two outcomes depending on team being in Premiership or the Championship. An example of potential incomes illustrating the financial challenge was, winning Championship pays £600K but 6th place in Premiership pays £1.6M

It was noted that J. Fyffe made substantial cash injections to avoid potential Administration of the Company during past year.

Mr. Bond conducted the formal aspects of the meeting and ordinary resolutions passed were;

• Appointment of Thomson Coopers as Auditors

There then followed a question & answer session that included the following points;

• Club has no plans to issue more shares to supporter groups