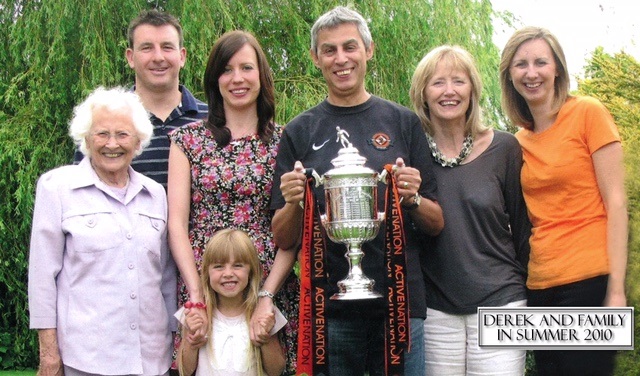 ArabTRUST would like to offer sincere condolences to the family and friends of Derek Robertson who has sadly passed away.

A former chairman of ArabTRUST, Derek was a central figure in the formation of ArabTRUST and played a pivotal role in both ArabTRUST securing shares in the club for its members and the appointment of an Associate Director position around the boardroom table at Tannadice.

Born in the Lochee district of Dundee in 1952, Derek was a lifelong United fan and after a career in banking took up the position as director at the Club in 2002. All through his years on the board he ensured that ArabTRUST and the club maintained a mutually beneficial relationship. Derek also ensured that many of the financial investments made by ArabTRUST to help resource the Club’s Youth Development Programme were matched with club shares. This, over time, allowed ArabTRUST to become Dundee United’s third largest shareholder. Derek retired from the Club in the summer of 2015.

Following his retirement from the ArabTRUST board, Derek was made a life member. He will be sadly missed and we would like to pass on our sincerest condolences to Derek's wife Sheila and the whole family.