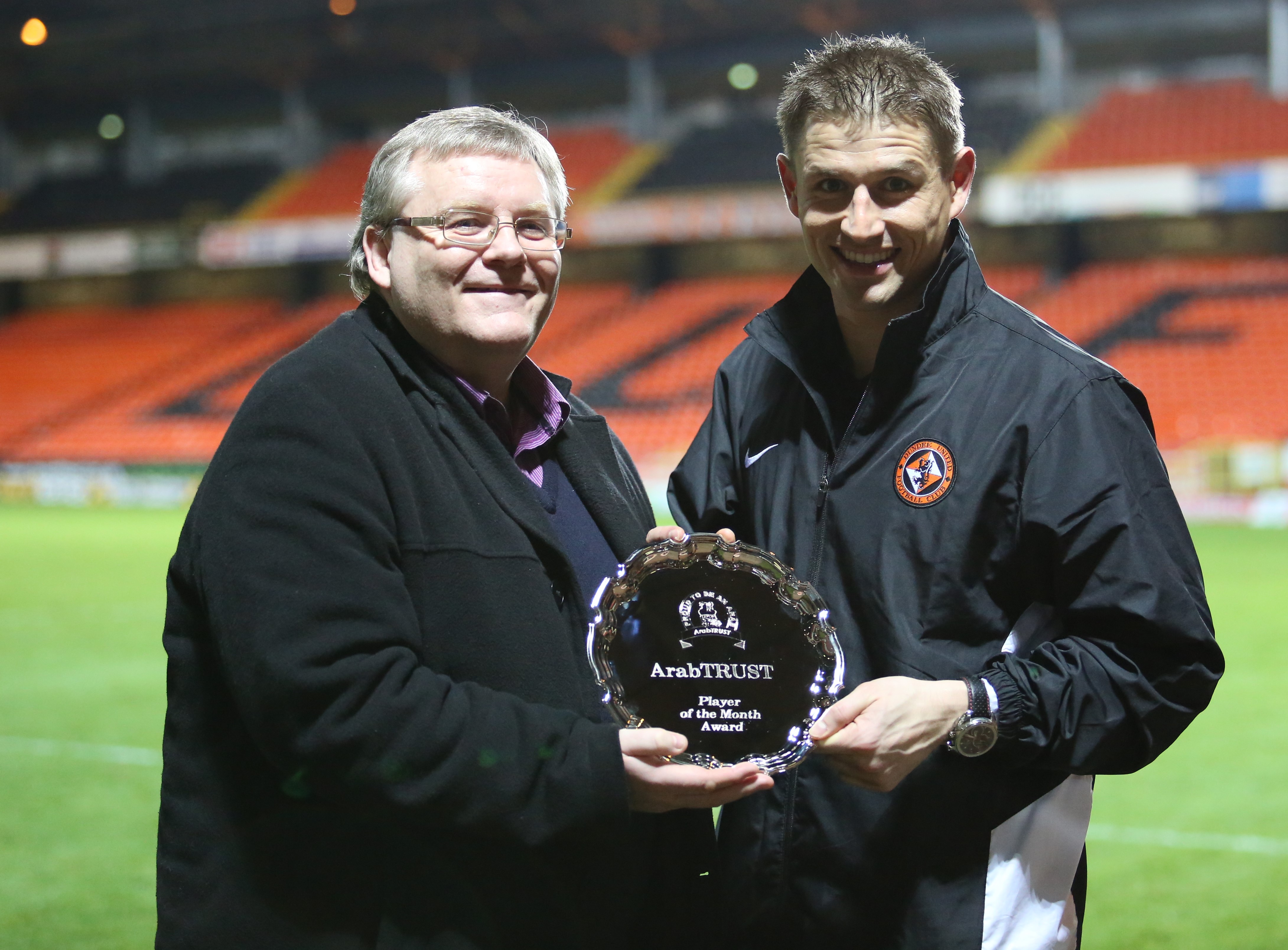 Radoslaw Cierzniak was voted the ArabTRUST Player of the Month for October 2014 after he received 61% of the vote.

The award, voted for by Dundee United fans, was presented by ArabTRUST member Andrew Hughes after the 3-1 win against Kilmarnock.

The month of October brought a mixed bag for United. They started the month with a disapointing loss away to Kilmarnock. After the international break United got back to winning ways by beating Partick Thistle at Tannadice. Nadir Ciftci's penalty was the difference that day.

United missed the chance to move top of the table as they lost away to Inverness Caledonian Thistle. The month was rounded of with a barnstorming League Cup clash at Hibs that went all the way to penalties. The Terrors came out on top sealing their place in the Semi Final.

Aidan Connelly came in second place with 14% of the vote and Paul Paton came in third place with 7%.