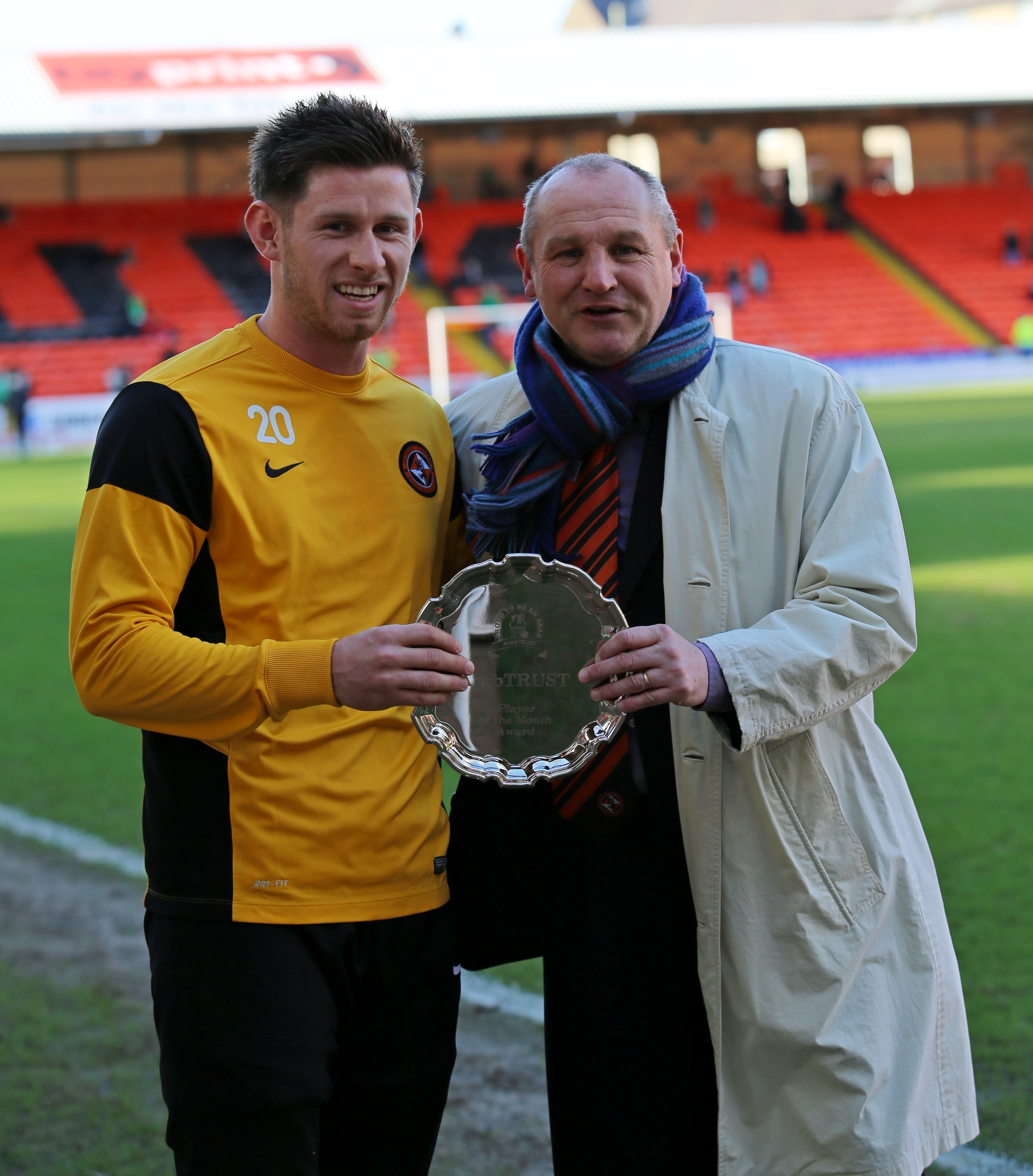 Calum Butcher was voted the ArabTRUST Player of the Month for February 2015 after he received 26% of the vote.

Ryan McGowan came second with 21% and Jarek Fojut came third with 15% of the poll voted for by Dundee United fans.