ArabTRUST Player of the Month October 2017 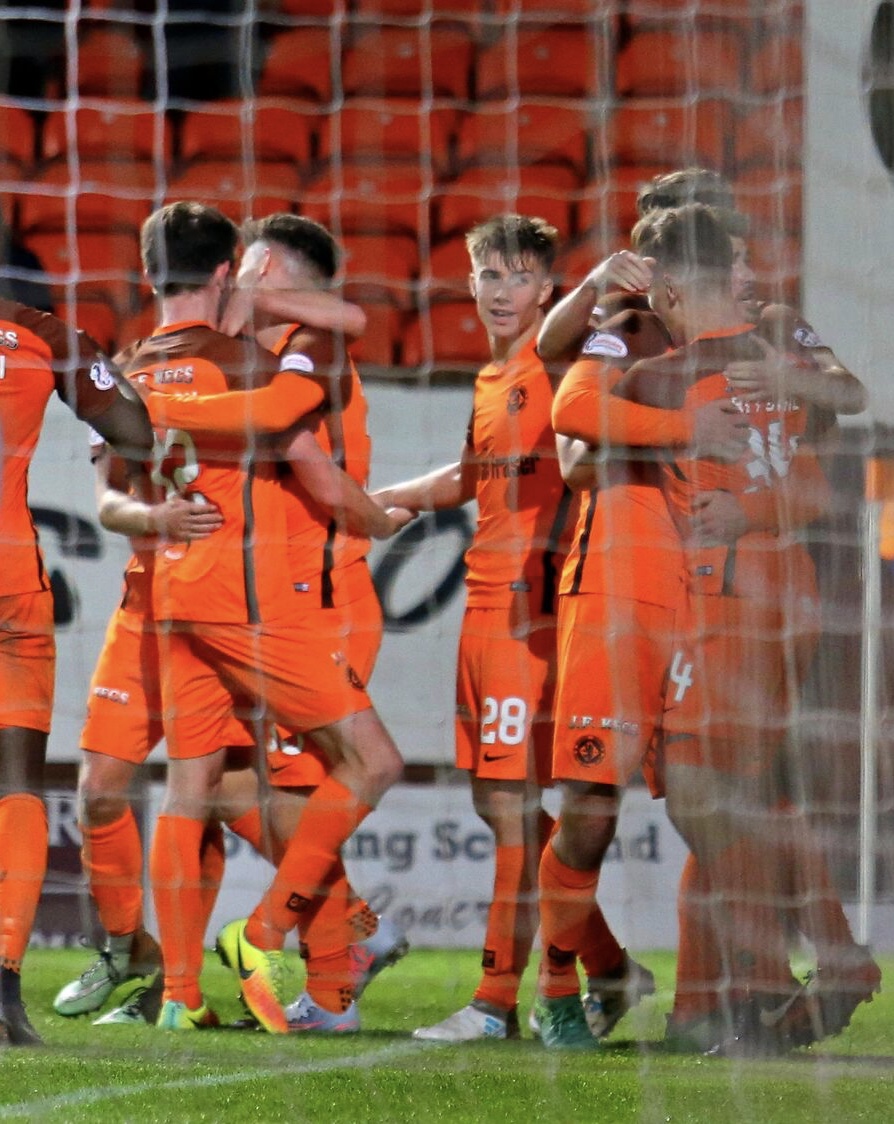 In a break with tradition the ArabTRUST Player of the Month Trophy for October won't be awarded to one player this month but to the whole youth squad (and friends) who defeated Linfield at Tannadice on 7th of October in the evening kick off.

The Irn Bru Cup isn't everyones cup of tea and as a club we don't want to be in it at all but you try telling some of the young guys who gave everything they had to win the game against Linfield that its not worth while. With only four of the 18 player squad with any real first team expierance up agaist a club that had competed in and gave a good account of themselves in this years Champions League they won through.

Yes we were under pressure for large parts of the game but the players stuck at it and competed with the vastly more expieranced opposition and as sometimes happens in football they got their reward near the end.

Youth development is at the heart of what ArabTRUST is all about so we're pretty proud to make this award, well done guys.

The Team that day was.