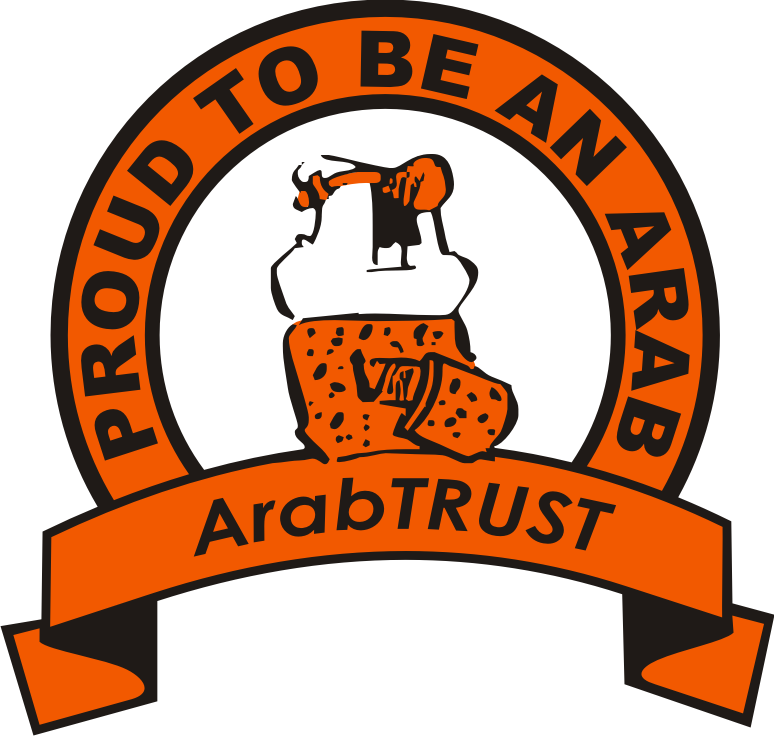 The Board of ArabTRUST sadly announce the resignations of Dave Baxter, Avril Muir and Gavin Muir.

The entire board of ArabTRUST wishes to extend it's sincere gratitude to all three for their tireless effort and commitment to the Trust and it's aims and objectives.

Gavin has been a member of ArabTRUST since it's inception in 2003 and joined the board as Treasurer in 2011. He was appointed Chairman in June 2015. Gavin's expertise and effort has been crucial in the Trust's fundraising and has also ensured the financial strength and health of its operations.

Avril was co-opted to ArabTRUST's Board in September 2012 and elected to the board at the ArabTRUST AGM in April 2013. She has also volunteered in the George Fox Tangerine Trading Post since 2011 and alongside her husband Gavin has worked tirelessly to ensure the success of the Tangerine Trading Posts and the enormous contribution they make to the fundraising efforts of the Trust. Avril has served as Membership Secretary and was instrumental in the success of the new ArabTRUST website as both herself and Gavin ensured the change over to the new site was handled in a way that would ensure long term success for ArabTRUST.

Dave Baxter is stepping down from the Trust Board, however he will continue to co-ordinate the merchandise arm of the Trust. Dave joined ArabTRUST's Board in July 2011 after spending season 2010/2011 volunteering in our Tangerine Trading Posts. He has travelled the country selling ArabTRUST merchandise at many games including the Scottish Cup and League Cup Finals of recent seasons. Dave's commitment to raising significant sums of money has ensured that ArabTRUST has been able to invest in projects like the GA Engineering Arena amongst other important areas.

The board also announce that Grant McKenzie has been appointed as the Chairman of the Board with immediate effect. Grant was elected to the board, following prior co-option, at the ArabTRUST AGM in April 2013.

On his appointment Grant said "Naturally, I am honoured to have been appointed Chairman of ArabTRUST and I wish to personally thank Gavin, Avril and Dave for the remarkable efforts they have made in furthering ArabTRUST and in raising fantastic sums of money to help further our aims and objectives. They leave with everyone's best wishes.

Grant ended by saying "The recent resignations have created a number of vacancies on the ArabTRUST Board and I would like to extend an invitation to any of our members who feel that they can commit the time to helping further the aims and objectives of the Trust."

If you would like to join the ArabTRUST Board please email secretary@arabtrust.co.uk. Specific roles that are available include Treasurer and Membership Secretary. Additionally, if any of our members would like to volunteer to help staff the Tangerine Trading Posts please also contact the email address above.