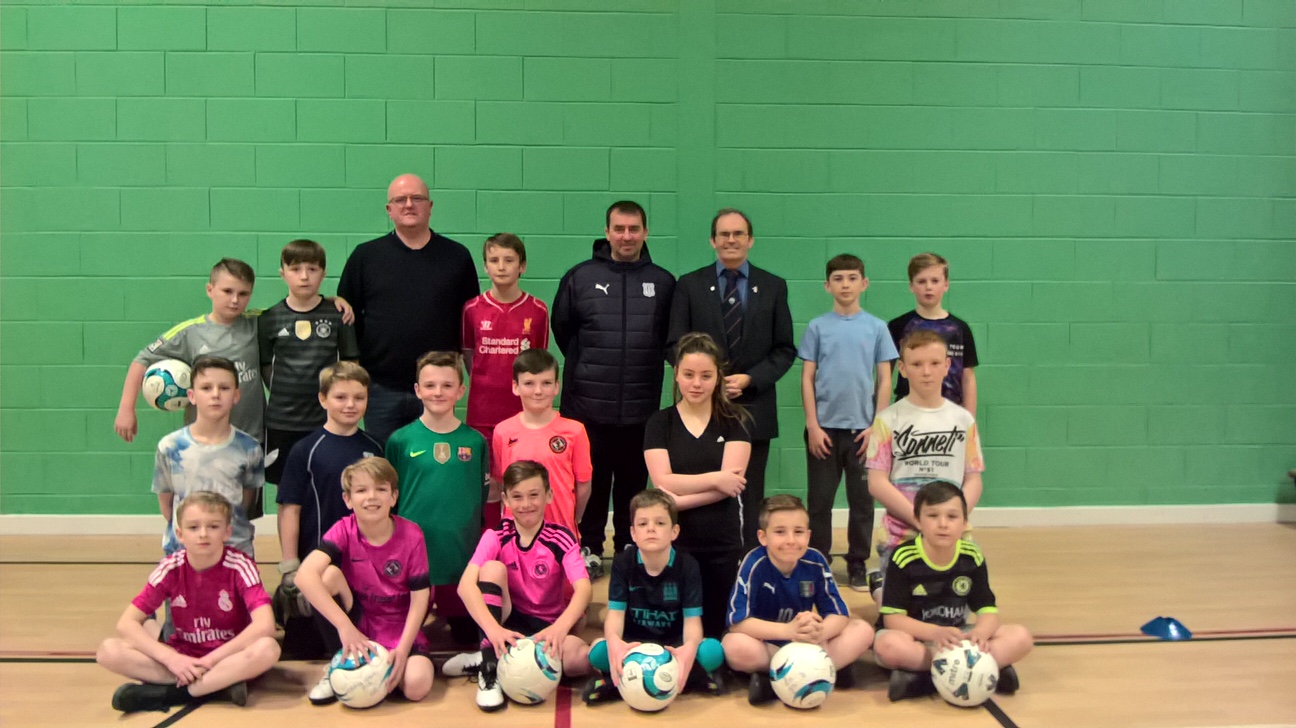 ArabTRUST's Gavin Muir represented the Trust at Craigowl P.S. for a photo with some of the League's players and said, "Dundee Schools' FA has been organising football matches for over 90 years for local kids and at ArabTRUST we are committed to giving something back to the local community and have now sponsored the Leagues for 12 years."

Primary League Secretary Gerry Dignan added, "DSFA is indebted to both ArabTRUST and DSA for their generous help and support."

Pictured with some of the enthusiastic youngsters are Gavin Muir, Kenny Ross (DSA) and Gerry Dignan.