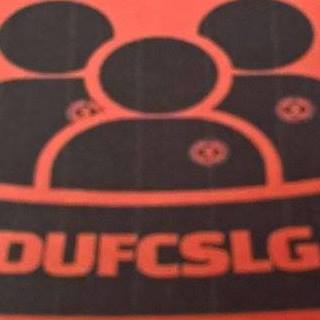 DUFC General Manager David Southern reported to the SLG on the following operational matters at the Club:

• Feedback was given on his time at the Club since he was appointed in August 2014. He outlined the issues faced since Jackie McNamara left and reflected it as being a “fork in the road” regarding off the field and well as onfield. Contingency plans were put in place for the outcome of both survival and relegation and It was hoped that the change of management team would work.

• Unfortunately, this was not the case and in November 2015 the Club embarked on the process of cutting costs and looking at ways to preserve the status of Dundee United.

• Keeping the operation running post relegation meant looking at every aspect of the Club. The squad size was cut, allowing for not only a reduction in overall salary costs but also in associated expenses.

• The squad levels now stand at 22 players for the first team and between 16- 18 for the Development squad. This level will now be maintained - even when the club, all going well, returns to the Premiership. David pointed out that the Chairman made mention at the 2017 Club AGM that the business would cut costs by £1.5m. This remains on course. David then discussed some of the areas that costs had been decreased.

• David reflected upon the period of 2015/16 as being the beginning of a recovery period behind the scenes and that significant work ensured that there were no compulsory redundancies as a result of relegation from the Premiership. He also endorsed the view supported by everyone at Tannadice that the team is capable of winning the Championship this season and that team budget backs this belief.

• The realities of the challenges of operating in the Championship were highlighted when David pointed out that Premiership clubs receive a central pot payment of £660,000 (excluding VAT) compared to £66,000 (excluding VAT) for Championship clubs in August. Further to that the parachute payment of £300,000 received for the first season following demotion was reduced to £125,000 in the second (present) season.

• A summary of the Club`s restructured recruitment process was given. The Club was very pleased with the work done by Darren Taylor, the new Head of Football Operations. This had assisted the manager in player recruitment and working with a fixed budget and universal bonus structure, had allowed the Club to secure the desired playing targets against stiff competition from clubs in the central belt. The current structure in which David and Darren work together to discuss contract offers with new player’s representatives was a vast improvement on previous systems.

• Touching on questions regarding the St Andrew`s training ground, David pointed out that the present lease was up in the summer of 2018 and that the Club would explore all avenues going forward. However, he did emphasise the quality of the facility and its proven track record in persuading players to join the Club and that this will be an important factor when deciding the location of future team training facilities. Discussions were also held regarding proposed Stadium developments at both Aberdeen FC and Dundee FC and in particular relating to media comments regarding sharing proposed facilities. David stated this was not on the agenda as the Club owns its stadium.